Recently, I was doing self-isolation to nurse my own health and stuck at home for 7 days. After watching tons of K-drama, I thought of trying Japanese dramas for a change. I’ve always loved Japanese movies but I haven’t watched a lot of Japanese dramas. Most of the J-dramas have 6-10 episodes and for me, that’s really short. But the “kilig” feeling is real and that’s what made me so addicted to it. The way they portray the characters can be too exaggerated at times and straight to the point but you will surely fall in love with these senpai(s)!

For me, this is the perfect to-do-list while on lockdown, this is actually my escape route to relieve my stress and anxiety especially after working in the hospital for many hours. After all, I always have a thing for Japanese people ❤️️

Remember to #STAYATHOME, forget the problems of the world (for a little while) and #WATCHJDRAMA instead.

So why don’t you give it a try! 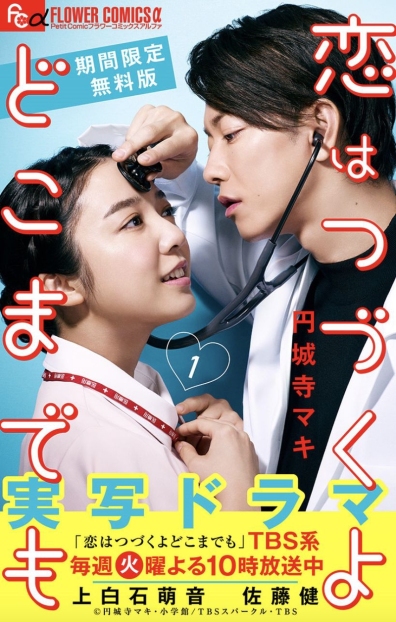 Nanase Sakura is a 23-year-old rookie nurse. She met Doctor Kairi Tendo several years ago and fell in love with him. To meet him again, she studied hard and became a nurse. After 5 years, she finally meets Kairi Tendo again, but he has a totally different personality than what she imagined. Kairi Tendo, who is 31-years-old, is commonly referred to as the “Devil” at work. He is a level-headed perfectionist and often makes biting remarks to doctors and nurses. Nanase Sakura works hard to receive recognition from Kairi Tendo and she also expresses her feelings honestly to him. Due to her persistence, Nanase Sakura becomes well known at the hospital and she picks up the nickname of the “Warrior. Chick” Meanwhile, Kairi Tendo becomes attracted to Nanase Sakura. 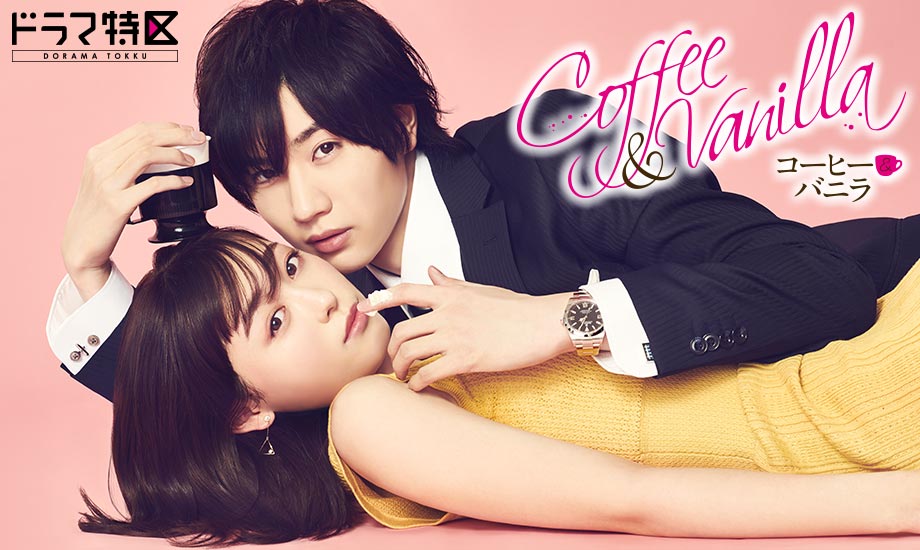 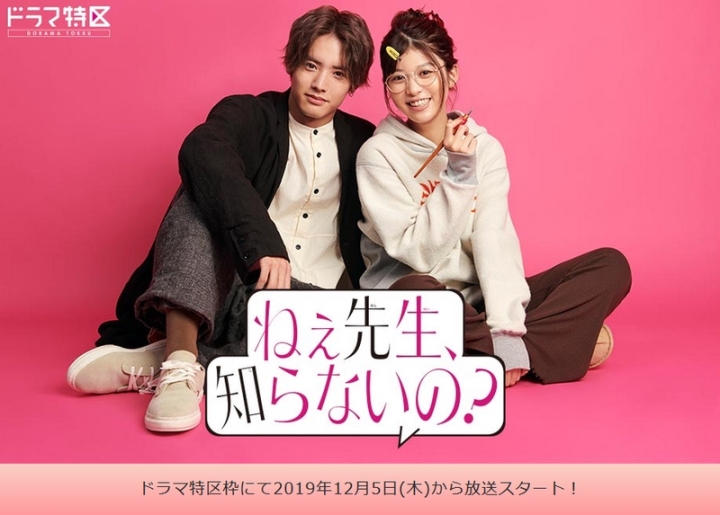 A love story between a manga artist with no experience with romance and a popular, charismatic beautician. 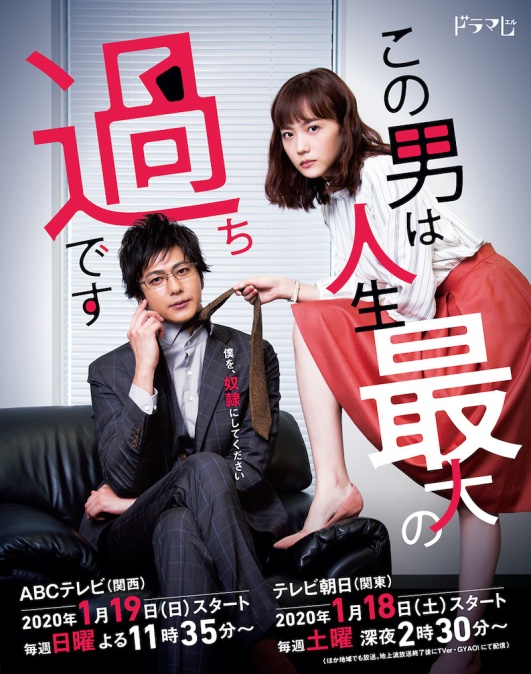 Yui Sato is a dispatched contract worker at Amagi Pharmaceutical Company. One day, she drinks alone at a bar and shouts, with tears running down her face, “Develop medicine to bring back someone to life!” At that time, a man walks towards her. He makes a spiteful remark that there is no such medicine that can bring someone back to life.  Yui Sato feels anger within herself and she trips him. Yui Sato is unaware that the man she tripped is Kyoichi Amagi and he is the CEO of Amagi Pharmaceutical Company. The next day, Yui Sato hears at work that the CEO is looking for her. When she gets to his office, she realizes the man she tripped in the bar is the CEO. She thinks that she might get fired, but he suddenly tells her to “Please treat me as a slave.”

Aki Terada said goodbye to her first love long ago. When her current boyfriend is caught cheating on her, Aki moves out of her apartment and into a sharehouse, where she’s reunited with her first love. When things get heated between them, he drops a major bomb. Heart and body and everything in between intersects in this fresh new adult love story.

Follows the sexual lives of five people who work at the same CG production company, Studio Delta. Omori Momoe is 27-years-old and single but has intimate relationships with five male friends. She thinks of physical intimacy as a hobby that doesn’t cost money.

At a high school entrance ceremony, high school student Kotoko Aihara, who isn’t that smart, notices pretty boy Naoki Irie. She falls in love with him immediately. Kotoko initially doesn’t express her feelings to him, but finally has a chance to tell him how she feels. Unfortunately, Naoki turns Kotoko down, saying “I don’t like dumb women.” One day, Kotoko Aihara’s house is severely damaged by an earthquake. Until the house is rebuilt, Kotoko Aihara and her father decide to live with her father’s friend. When Kotoko Aihara moves to her new temporary house, she is surprised to learn that Naoki Irie lives there as well.

“Hana Yori Dango” is about a poor, but bright high school student named Makino Tsukushi who attends an exclusive high school where only the rich go. She ends up having encounters with the bachelor F4 and experiences love and friendship.

Kaori works as an interior designer for a housing manufacturer. She has been in a secret relationship with her boss Fuyuki for years. Fuyuki is a married man and Kaori can’t see a future with him, but she still loves him and continues their relationship. One day, Haruto appears in front of her. Haruto is a young interior designer who was just transferred from a New York office. Haruto happens to see Kaori and Fuyuki having an affair. Meanwhile, Kaori and Haruto begin to work together as partners at work. Through meeting Haruto, Kaori’s fate begins to change. 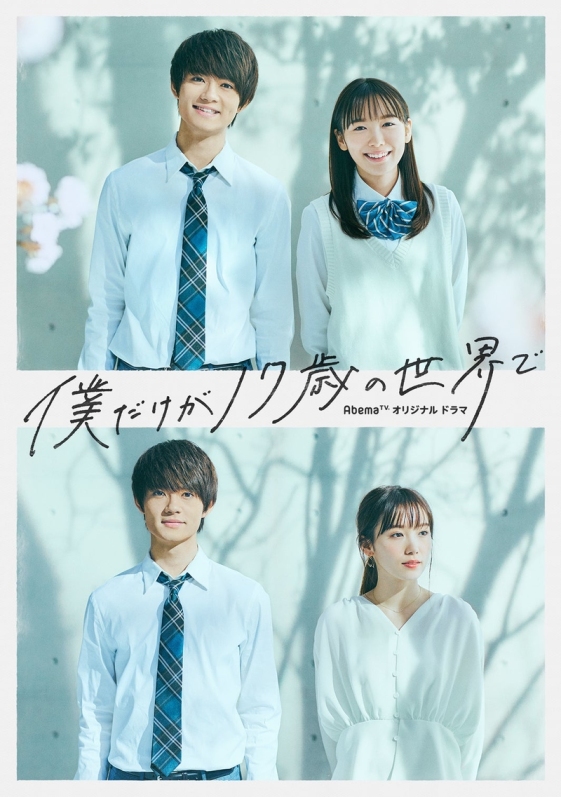 Childhood friends Kota and Mei were third-year students in high school when Kota suddenly died. Seven years later, Mei returns to her hometown and visits a place with mid-winter cherry blossom trees that were special to her and Kota. To her surprise, Kota, who is supposed to be dead, appears. He is still 17 in mind and body while she is now 24. Kota can only be here while the cherry blossom blooms.

Satoh Aya, a temporary office worker who never bad-mouths about others no matter how much she is fooled, is conveniently used in her company as a ‘sticky woman’. Such an ordinary office lady ends up meeting Ichijo Kei, the young successor of a large company, who was eager to marry early because of his grandmother, the chairman. Destiny plays with their fates and both meet each other in an unexpected situation which is going to change their destiny.

Yoshikawa Nao stays behind to live by herself when her parents leave to inherit her grandpa’s farm in the country. On the day she moves into her new apartment, she discovers that it was rented also to Uehara Hisashi; a cute, super-cool, popular guy from her school. Not only did their housing agency unexpectedly close down, the landlord of the apartment tells them that they had to pay more for their apartment than they had expected. With no money and no home to return to, Nao and Hisashi decide to live together as flatmates.

One thought on “Japanese Drama to Binge-watch during Lockdown (or even if not!)”

This site uses Akismet to reduce spam. Learn how your comment data is processed.